Is Obama the Anti Christ?

This guy was telling me that Barak Obama was the anti Christ. He said that it was predic 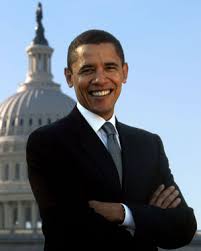 ted in the Bible that he would come and lead the world into Armageddon… That is the last world war that destroys the entire earth.

He said it was predicted that the world would end in the year 2012 and that coinsideds with the Obama term. Isn’t that strange?

He said it all fits together because his Dad was a Muslim (and so is he) and that his relationship with shady terrorists confirms it all. It’s a strage world huh?